We may earn money or products from the companies mentioned in this post at no additional cost to you.

What is Alpha Brain

Alpha Brain is a cognitive support vitamin, otherwise known as a Nootropics. Nootropics may, and that is a key word here, improve memory, motivation, creativity, and other cognitive functions like focus. Most Nootropic companies, Onnit included, say that you will get the feeling of being “in the zone” with increased mental function and processing. But does it work? Read on to find out and get a special ONNIT coupon code exclusively for Revoupon readers.

After being served a lot of ads and hearing a lot from Joe Rogan, I decided to do a little research. At the time I was the General Manager of a marketing company and running two side businesses. I was feeling burnt out and needed something to help me focus, be more productive, and hopefully squeeze some extra hours of work into an already packed day.

The Onnit website showed more than two thousand reviews of Alpha Brain with a 4+ star rating. After digging into the reviews, I noticed that the negative reviews all seemed to say the same thing; Alpha Brain did not do anything. However, for every one of those reviews there were many more that said it did work as intended. With a genuine desire to avoid mental burn out and a need to help my focus, I decided to roll the dice and find out, is Alpha Brain legit?

I Drink a lot of Coffee

I love coffee. I drink at least one cup a day but I was concerned that the caffeine might interact with Alpha Brain. However, there are no warnings on the site to indicate that would be an issue. It is just a supplement after all and contains no caffeine itself. Before making a purchase though, I turned to Reddit. With so many reviews, there must be someone on there that had tried Alpha Brain, with or without coffee. After a few responses, I didn’t find anyone with anything positive or negative to say or anyone who had mixed coffee and a nootropic. What I did find is that coffee is also considered a Nootropic.

So, in an effort to boost my cognitive function and possible decrease my coffee intake I decided to buy some Alpha Brain.

What Alpha Brain to buy?

First and foremost, I want you to know I did not receive Alpha Brain free of charge to review. I bought my Alpha Brain with my own money using a discount code GETONNIT15 to save 15% and I spent over $100 to get free shipping. I bought a bottle of Alpha Brain and a box of Alpha Brain Instant (peach flavored) because it was on sale. After a few days of waiting, both products arrived, and I was ready to get in the zone. 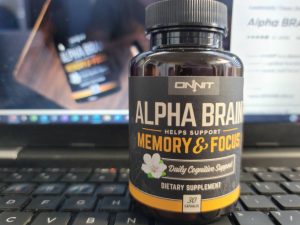 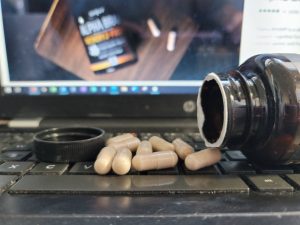 The directions say to take two Alpha Brain capsules with a light meal, so that is what I did. Since I did not find any information to say I should not, I drank a small cup of coffee about 30 minutes after my meal. I almost immediately began to think that was a mistake. I began to feel jittery, nauseous, and sluggish. This was the exact opposite of the effect I was hoping to feel. The only zone I was feeling was my one involving my new Saatva Latex Hybrid Mattress, because all I wanted to do was lay down. I did not feel well, but I chalked it up to the coffee and a doubling up of Nootropics.

I was not feeling overly confident with the results from Alpha Brain after my first dose, so I waited a few days before trying again. I assumed that the coffee I drank did not mesh well with the Nootropic, so the next dose I took was once again with a light meal but this time without an Irish White Mocha. I experienced the same feeling in round two. I was starting to feel like Alpha Brain was a scam, but since I had a box of Alpha Brain Instant, I wasn’t ready to come to that conclusion, so I waited again.

Round 03 was no better than my previous experiences. In fact, the effects hit me faster and harder with the instant version of Alpha Brain. I only drank about 1/3 of the mixture and felt terrible. I was useless for about five hours afterwards. I didn’t feel well, I was jittery and nauseous again, and all I wanted was to lay down and wait for the effects to wear off. It wasn’t until after dinner that I started to feel myself again. That’s when I decided to do a little additional research into whether Alpha Brain is a scam and whether anyone else had this adverse reaction.

A conversation with a friend and a deeper dive

Coincidentally, I was telling a friend about my experience with Alpha Brain and he mentioned his wife had the exact same experience when she tried it. They threw out the bottle after the first dose. After hearing that, I dove deeper into the reviews on the Onnit website.

After sifting through the negative reviews, I only came across a couple of reviews that aligned with my experience. For the most part, all negative reviews were rooted in Alpha Brain having no affect on the user.

Is Alpha Brain a Scam? The verdict

Although my experience with Alpha Brain was not positive, I do not believe it is a scam. All vitamins, supplements, and medicines affect people differently. This is likely the case with myself and Alpha Brain. Although I can’t say Alpha Brain is legit, I wouldn’t discourage someone from trying it. In response to reviews like this, ONNIT IS NOW offering FREE TRIALS of Alpha Brain and Alpha Brain Instant. I would highly recommend testing Alpha Brain before diving in with a $100+ purchase, as I did, only to throw the box and bottle into the trash.

Onnit is a great company with a lot more to offer than just Alpha Brain, whether it is a supplement, workout clothing, or equipment they offer high-quality products. I’ll personally stay away from Nootropics in the future but would not hesitate to buy anything else from their site. 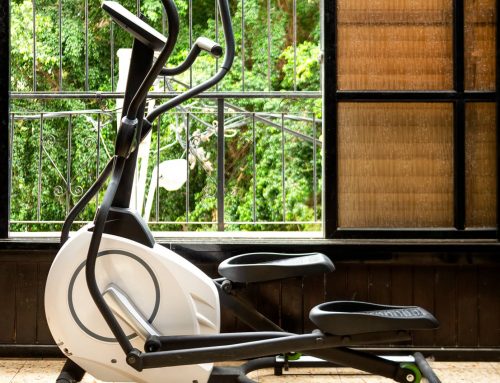 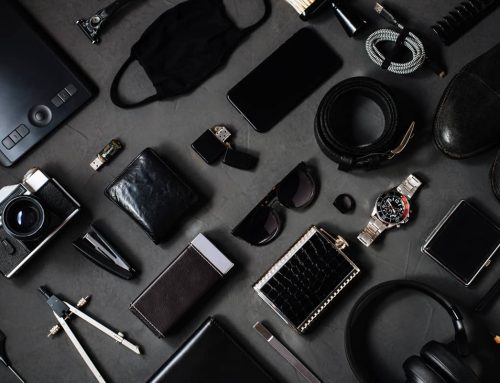 Things A Man Should Own Gallery

Things A Man Should Own 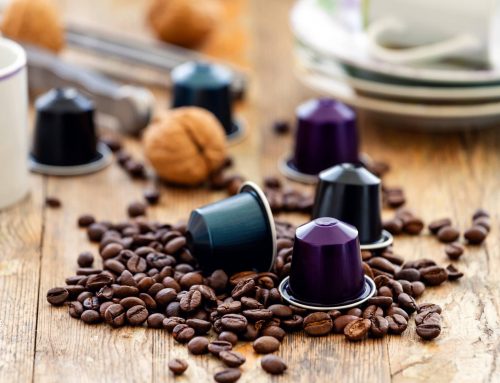 Best Pods for a Nespresso Machine 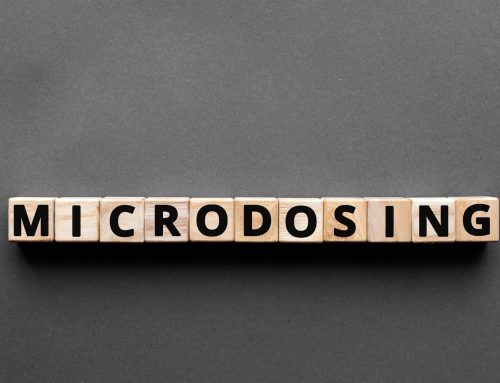 What is Microdosing Cannabis? Gallery

What is Microdosing Cannabis? 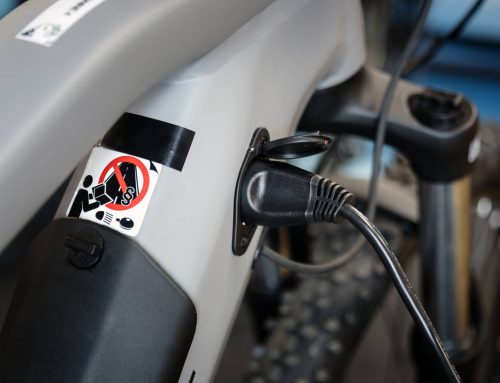 This website uses cookies to improve your experience while you navigate through the website. Out of these cookies, the cookies that are categorized as necessary are stored on your browser as they are as essential for the working of basic functionalities of the website. We also use third-party cookies that help us analyze and understand how you use this website. These cookies will be stored in your browser only with your consent. You also have the option to opt-out of these cookies. But opting out of some of these cookies may have an effect on your browsing experience.
Necessary Always Enabled
Necessary cookies are absolutely essential for the website to function properly. This category only includes cookies that ensures basic functionalities and security features of the website. These cookies do not store any personal information.
Non-necessary
Any cookies that may not be particularly necessary for the website to function and is used specifically to collect user personal data via analytics, ads, other embedded contents are termed as non-necessary cookies. It is mandatory to procure user consent prior to running these cookies on your website.
SAVE & ACCEPT
Go to Top